Call us with the model and year for your Scion. We will let you know if we can create a key for you. 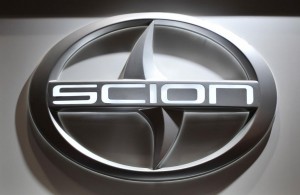 Scion was first introduced in March 2002, at the New York Auto Show. There were just two concept vehicles, the bbX (which was to become the xB), and the ccX, which was to become the tC. The 2004 xA and xB were unveiled at the Greater Los Angeles Auto Show on January 2, 2003. They were available only in 105 Toyota dealerships in California at their initial launch on June 6, 2003. The subsequent rollout of the brand to the South, the Southeast, and the East Coast occurred in February 2004. Scion vehicles were available nationwide in June 2004, coinciding with the release of the 2005 tC. On December 16, 2006, Scion unveiled the next-generation xB, based on the t2B concept, and the new xD, successor of the xA, at an invitation-only, no-camera event in Miami. Both cars were then publicly unveiled on February 8th, 2007 at the 2007 Chicago Auto Show. Scion stems from Toyota’s well publicized use of Value Innovation, a series of articles in Harvard Business Review later encapsulated in the book Blue Ocean Strategy. Key factors of Toyota’s strategy canvas were never published but include “Price,” “Factor Options,” “Performance driving metrics,” “Confidence in buying,” “21st Century Radio.”

Scion vehicles keys and ignition information
Scion started with the smart chip keys in 2005 the first vehicle was Scion Tc.