Call us with the model and year of your Toyota. We will let you know if we can create a key for you. 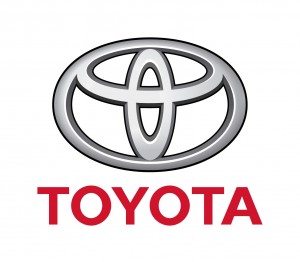 Toyota Motor Corporation. Toyota is a multinational corporation headquartered in Japan, and currently the world’s largest automaker. Toyota employs approximately 316,000 people around the world. In 1934, while still a department of Toyota Industries, it created its first product Type A engine and in 1936 its first passenger car the Toyota AA. The company was eventually founded by Kiichiro Toyoda in 1937 as a spinoff from his father’s company Toyota Industries to create automobiles. Toyota currently owns and operates Lexus and Scion brands and has a majority shareholding stake in Daihatsu Motors, and minority shareholdings in Fuji Heavy Industries, Isuzu Motors, and Yamaha Motors. The company includes 522 subsidiaries.

Toyota is headquartered in Toyota City and Nagoya (both in Aichi), and in Tokyo. In addition to manufacturing automobiles, Toyota provides financial services through its division Toyota Financial Services and also creates robots. Toyota Industries and Finance divisions form the bulk of the Toyota Group, one of the largest conglomerates in the world.

Toyota vehicles keys and ignition information.
Toyota started with the smart chip keys in 1998 the first vehicle was the Toyota Camry.